The plan behind the establishment of this university to be modeled along the lines of world renowned universities with focus on languages and Punjab Studies offering faculties in "Medicine", "Pharmacy", "Engineering", "Computer science”, “Languages", "Music" and "Social sciences". The initial cost Rupees 6 billion has already been allocated in the budget for this project to be spent in three phases on construction of Baba Guru Nanak University Nankana Sahib. The development work of Phase-I has already been started by Communication and Works Department of Government of Punjab.


Government of Punjab in the next phase has appointed Dr. Muhammad Afzal as first Vice chancellor of Baba Guru Nanak University. Since his Appointment University has already signed MOUs with Govt. Guru Nanak (post graduate) College and Govt. Guru Nanak Associate College for women for the technical assistance and to use vacant blocks and available spaces for the classes of the university as a make shift arrangement till the completion of its academic building which is under construction.


By holding its 1st meeting of Syndicate, University has almost fulfilled all the statutory requirements till date to commence its usual business. Furthermore, University is planning to announce admissions in Spring Semester 2022 and subsequently classes will commence according to Academic Calendar 2022. For that purpose courses and scheme of studies of the approved departments by the syndicate has already been prepared. 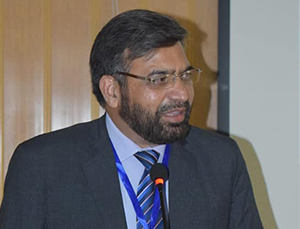 Get In Touch With Us

Your message has been sent. Thank you!

Sorry your message can not be sent.